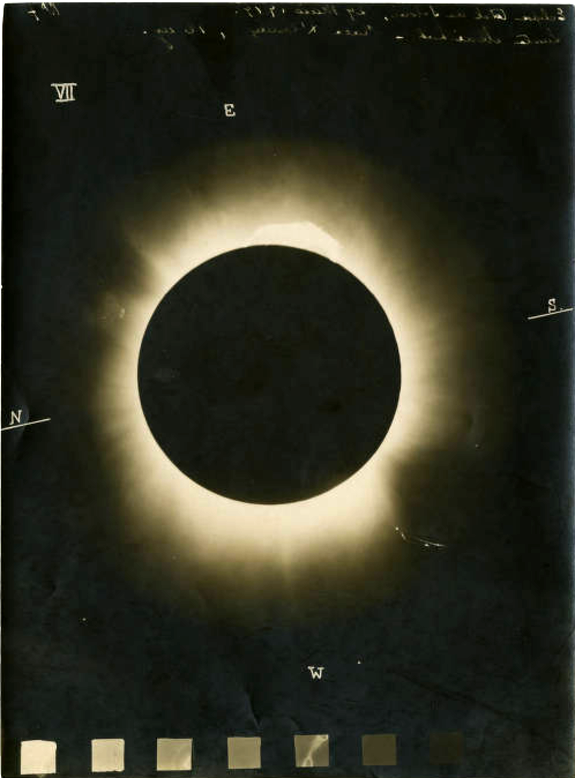 The image taken of the total solar eclipse of May 29, 1919, was among Albert Einstein’s possessions when he died in 1955, then Professor Emeritus in the School of Mathematics. The image, taken by astronomer Arthur Eddington and now in the collection of the Institute’s Shelby White and Leon Levy Archives Center, provided striking evidence of Einstein’s general theory of relativity because of the way starlight was shown to curve around the mass of the Sun.