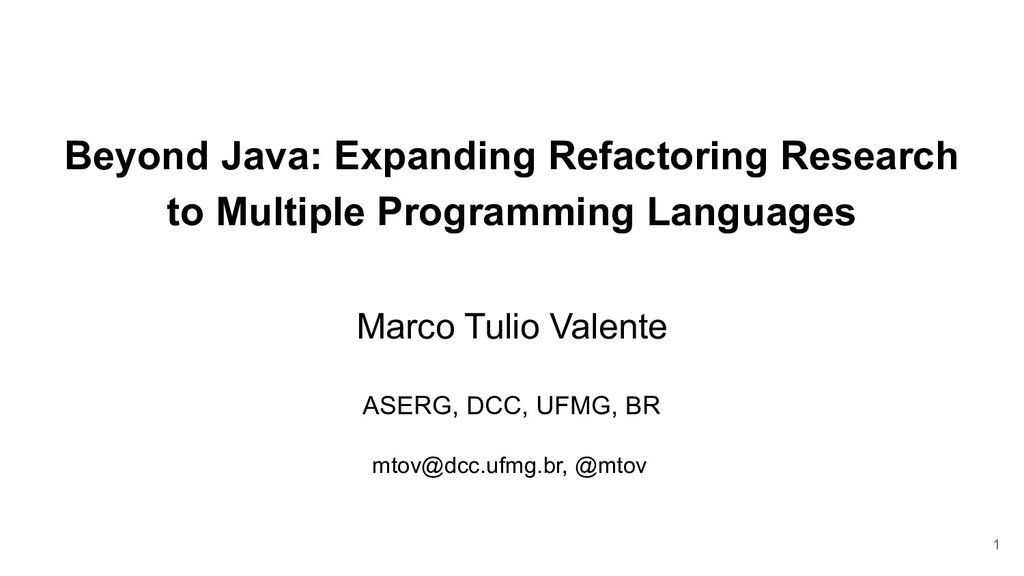 Traditionally, academic research on refactoring has focused on Java programs. However, in recent years, other programming languages are gaining momentum and are being used to build highly-successful applications. In this talk, I will first motivate the need to expand research on refactoring to support other programming languages. Second, I will argue this support is not only an engineering and portability issue; by contrast, it demands major changes in the tools and algorithms previously developed by researchers in the area. Finally, I will present our current effort to evolve and redesign RefDiff—our refactoring detection tool—to work with multiple languages and programming paradigms.